Raymond Evison
From an early age he had a passion for growing Clematises, so he developed his first Clematis at the age of 18. He named the Clematis after his mother ‘Edith’. In the years that followed, he developed many varieties, some directly from nature, others in cooperation with breeders and other growers. In the mid-1990s, Raymond started cooperating with the Danish company Poulsen Roser A/S to develop modern clematis varieties. Together, the companies had more than 150 years of experience in developing new varieties. From this cooperation, many beautiful species have emerged that can be found all over the world. Raymond’s work over the past 50 years has been rewarded with, among others, 29 gold medals at the world famous Chelsea Flower Show and many other awards.

Clematis van Raymond Evison®
During our search, we came across Raymond Evison’s beautiful species. This breeder comes from the English Isle of Guernsey and is known worldwide by enthusiasts of these beautiful flowering climbing plants. His varieties are the result of over fifty years of dedicated research, breeding and crossbreeding.

Longer blooming period
Raymond Evison’s varieties are characterised by their long flowering period, sometimes two months longer than regular varieties, but also by their beautiful fresh and compact growth. The species are easy to maintain and also do well in a pot. In short, they meet all our conditions. So we did not have to think long to add the Evison Clematis to our Our Choice range.
See the species here! 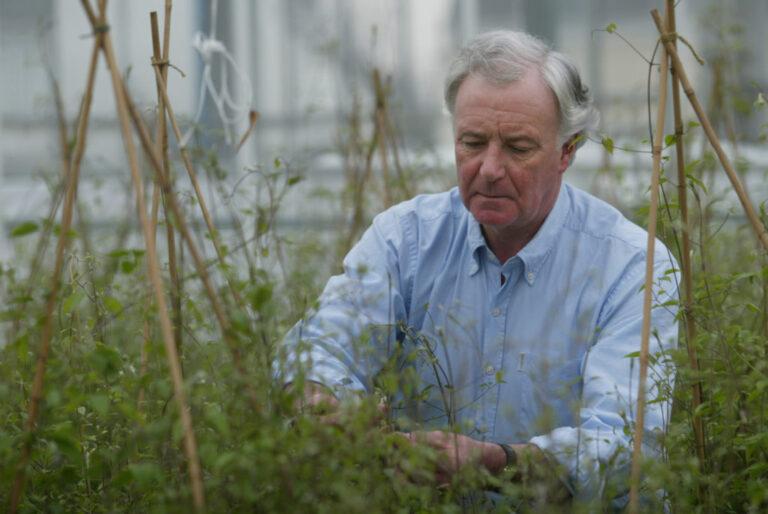